Tan Ek Huat, aged 63, a Malaysian, was appointed as an Executive Director in Ekowood on 11 April 2019. He holds a Degree in Bachelor of Arts from Universiti Malaya. He joined TSH in 1991 as the Business Development Manager and in 1994 he was made the general manager of TSH Overseas Sdn. Bhd. overseeing the Group’s investment interest in the People’s Republic of China. Prior to joining the TSH Group, he was a teacher for a period of thirteen (13) years. He also sits on the board of various subsidiary companies within the Group and holds directorship in other private limited companies.

He is a member of the Malaysian Institute of Certified Public Accountants. After qualifying as a member of the ICAEW, he joined Coopers & Lybrand as an audit senior in 1976 and was transferred to Coopers’ management consultancy services in 1977. He joined the Commonwealth Development Corporation in 1978 and was seconded to Sarawak Oil Palm Sdn. Bhd. as the Company Secretary.

He joined BAL Plantation Sdn. Bhd. in 1981 as the financial controller until 1993. His main responsibilities include financial management, merger and acquisition and commodity marketing. He was the Chief Executive of United Palm Oil Industries PLC, a company listed on the Stock Exchange of Thailand before joining TSH Resources Berhad (“TSH”) in 1997.

He is currently a Non-Independent Non-Executive Director of TSH. He also sits on the board of some subsidiaries within the TSH Group and holds directorships in other private limited companies. 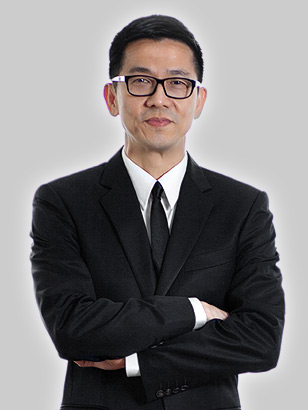 He obtained Bachelor Degrees in both Economics and Engineering from Monash University, Australia in 1988.

As Assistant General Manager of CocoaHouse Industries Sdn Bhd from 1989 to 1990, he had gained experience and expertise in general management, manufacturing and marketing. He was also heavily involved in the setting up of TSH Industries Sdn Bhd’s manufacturing facilities in 1993 and its subsequent operations. He played a leading role in the listing of TSH Resources Berhad in 1994 and Ekowood in 2004.

He was appointed to Ekowood to spearhead the establishment of the integrated timber complex from a green field site. As Group Managing Director of Ekowood, he has played a pivotal role in the rapid growth of Ekowood to a brand to be reckoned within the engineered solid hardwood flooring industry. He is also instrumental in developing Ekowood’s international marketing network and developing it into an award-winning internationally-recognised brand.

His initial involvement in TSH Resources Berhad includes overseeing the forest management unit in Sabah before progressing into the biomass energy sector. In the recent years, he has been actively involved in palm oil plantation segment and its related downstream activities particularly in Indonesia.